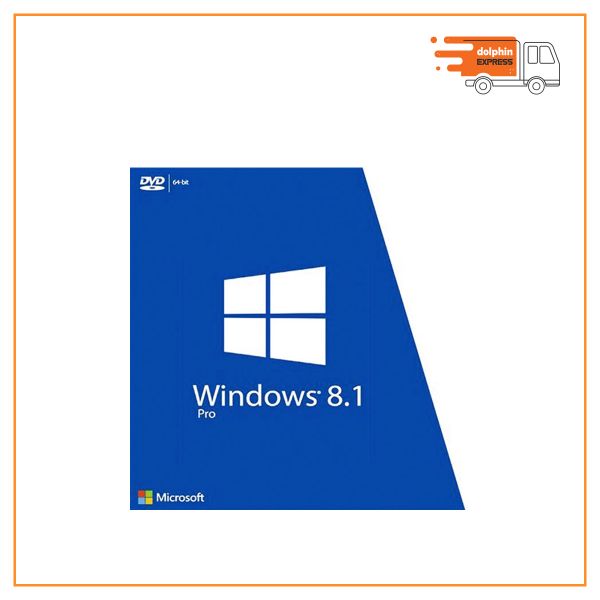 Be the first to review this product
Availability: In stock
SKU:
SOFT01
Brands:
Details

Find MICROSOFT WINDOWS 8.1 64 BIT ENG INTL 1PK DSP OEI DVD Best price in Bangladesh. Find also other Windows on reasonable from our website. You will get home delivery in Dhaka city or pickup from our showroom dolphin.com.bd.

Windows 8.1 is a major release of the Windows NT operating system developed by Microsoft. It was released to manufacturing on August 27, 2013, and broadly released for retail sale on October 17, 2013, about a year after the retail release of its predecessor. It was Microsoft's operating system for use on personal computers, including home and business desktops, laptops, tablet PCs and media center PCs until it was succeeded by Windows 10 on July 29, 2015. Windows 8.1 was made available for download via MSDN and Technet and available as a free upgrade for retail copies of Windows 8 and Windows RT users via the Windows Store. A server counterpart was released on October 18, 2013, entitled Windows Server 2012 R2. Microsoft ended mainstream support for Windows 8.1 on January 9, 2018, and extended support will end on January 10, 2023.

Windows 8.1 aimed to address complaints of Windows 8 users and reviewers on launch. Visible enhancements include an improved Start screen, additional snap views, additional bundled apps, tighter OneDrive (formerly SkyDrive) integration, Internet Explorer 11 (IE11), a Bing-powered unified search system, restoration of a visible Start button on the taskbar, and the ability to restore the previous behavior of opening the user's desktop on login instead of the Start screen. Windows 8.1 also added support for such emerging technologies as high-resolution displays, 3D printing, Wi-Fi Direct, and Miracast streaming, as well as the ReFS file system. After January 12, 2016, Microsoft announced that Windows 8 users would need to upgrade to Windows 8.1 or Windows 10 for continued support.