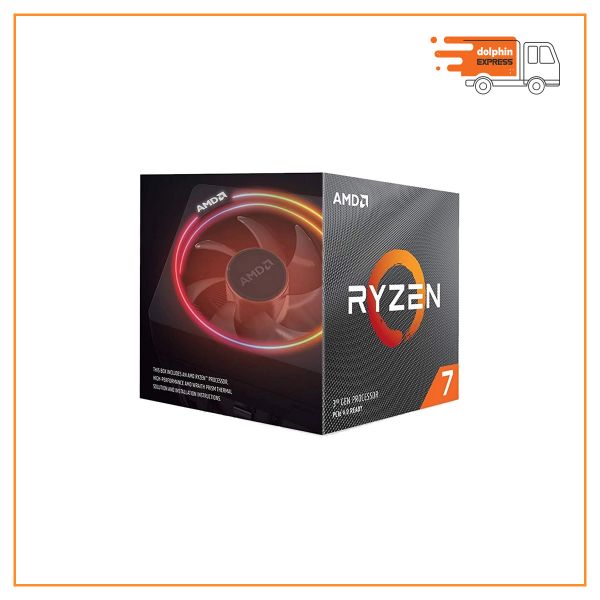 Be the first to review this product
Availability: In stock
SKU:
PRO004

You Can Buy AMD Ryzen 7 3800XT Processor the   best price in Bangladesh Which, is your budget-friendly. Find the latest AMD Processorat the best price from our website dolphin.com.bd Order Online for nationwide cash on delivery or visit our Shop.

The AMD Ryzen 7 3800XT is an 8-core desktop processor with Simultaneous Multithreading (SMT), which allows it to process 16 threads simultaneously.

The performance of AMD Ryzen 7 3800XT is consistently very good in all applications. Especially in multi-threaded applications, the native 8-core can show its strengths, although the single-core performance has been significantly improved compared to the older Zen 2 architecture.

The internal structure of the processor has not changed fundamentally. The CCX structure has changed somewhat compared to Zen2, because now a CCX consists of up to 8-CPU cores. So, each individual core can access the complete L3 cache (32 MB). Furthermore, the CCX modules are connected to each other via the same I/O die, which we already know from Zen2. According to AMD, the Infinity-Fabric should now reach clock rates of up to 2Ghz, which in turn allows a RAM clock of 4.000 MHz without performance loss.

For the manufacturing processes, AMD also relies on TSCM for the Vermeer processors for the 7nm production of the CPU cores, although the I/O die is still supplied in 12nm by Global Foundries.

In games, AMD's Ryzen 7 3800XT can convince with its significantly improved IPC and even put Intel in its place. With the AMD Ryzen 7 3800XT, gamers are well prepared for the future as simultaneous streaming is no problem with the new Ryzen 7 3800XT Processor.